I stayed up late at night to catch up watching a movie called Fame which I already saw a couple of years ago. I still remember almost all of the scenes especially the part when Denise who plays her classical piano began to sing her heart out with Out Here On My Own thinking she was alone in their school’s auditorium. And what really stuck in my mind was Jenny’s speech about success:

There are some things
success is not

It’s not fame.
It’s not money or power.

Success is waking up
in the morning

so excited about
what you have to do

that you literally
fly out the door.

It’s getting to work
with people you love.

Success is connecting with the
world and making people feel.

It’s finding a way to
bind together people

who have nothing in
common but a dream.

It’s falling asleep at night knowing
you did the best job you could.

Success is joy and
freedom and friendship.

And success is love.

Last weekend, my mom and I watched a comedy horror movie called Vamps top billed by Alicia Silverstone. Watching movies has been one of our usual mother-and-daughter bonding whenever we get the chance to go to a mall. We chose to watch this film thinking we are up for some laughs and who would not want that and then ignoring the possibility it might be horrific.

While watching the film, it turned out that we laughed at some scenes while some of them I found gross especially when vampires had to drink blood directly from a rat using a straw as if they are just drinking a tetra pack juice! (I even had with me a soda packed in a plastic cup with straw!)

Anyway, what I liked about this movie is that it tells about great friendship from the two modern day vampire ladies named Goody and Stacy. They were almost like sisters living in one roof and working together in the same company at night time. Since they are vampires, they can only go outside during evenings while Stacy also enrolled herself in a night class where she met her boyfriend! Conflict began when these ladies discovered that the father of Stacy’s boyfriend is a vampire hunter.

As scenes have progressed, I was especially touched on the closing parts of the movie especially when Goody had to seek help from Stacy’s future father-in-law to eliminate the person who was the reason why they became vampires.

Goody was really a great friend to have since doing it meant she also had to leave the life she lived for more than several decades in order to help her friend Stacy become human thereby continue the latter’s pregnancy from her boyfriend. (Who would have thought she can bear a child but according to the movie it was still possible since she was awakened as vamp during her 20s).

Just thinking about Goody’s character also made me wonder how it can be boring to have lived for so long. Still it was a good thing for her since this allowed her to witness the changing trends in fashion, people’s taste, latest technologies, iconic places she had been to which she find memorable, and most especially meeting a great friend like Stacy until she had to say goodbye. I cried in that particular scene since she fully embraced her fate to finally rest after living for more than a century. Earlier, I watched a movie on HBO entitled The Joy Luck Club. I missed the first few minutes of the movie when I opened our television and was intrigued about the series of flashbacks recounted by different women with stories interwoven by mother-and-daughter perspectives.

My attention was glued to everyone’s background story from their life as a child, to being married and becoming an adult, and until they reached a point when each of them had to resolve their personal circumstances with the help and advice from their respective mothers.

I empathized to most of the characters especially those who struggled through a difficult marriage. What I personally like and touching from most of the scenes was that it was through the toughest moment in their lives which led them to their mother-and-daughter dialogues, which in turn, helped their respective daughters to make a decision to redeem their self-worth.

I remember I read from a book that some of the present happenings in our lives are somehow connected from what our ancestors did in their early lives. As depicted in the movie, it appears that a particular action which happened from the past would most likely repeat in the next generation. They say the only way to break that pattern is to choose the other way around. That is to make a better and positive choice which I find thought-provoking as well.

As a whole, the realizations each mother-and-daughter tandem had from their own personal experience was really insightful especially when it dealt with life, love, marriage, and building relationships. Still the message that resonates is to know what your real worth is. 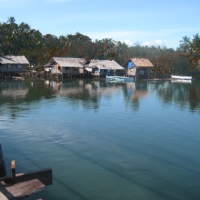 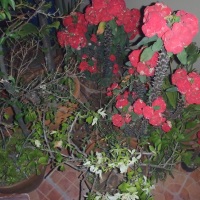